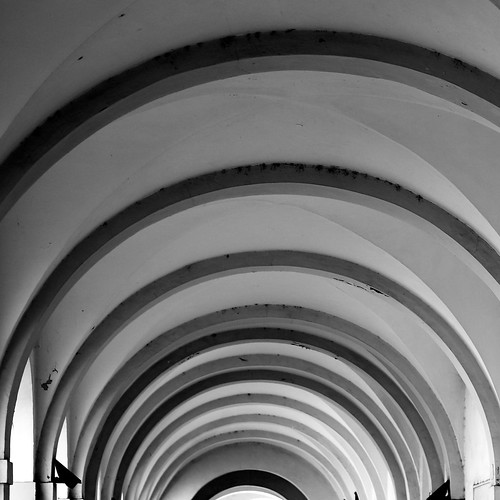 His alone and her alone had several vital differences.

His alone had matted hair, gnarled and tangled knots on sides where stale mattress intaglioed body-shaped initials in all the spots he’d see on bloodshot mornings when the faucet’s water was brown and sluggish and pseudopodded in his hands when he tried to make a cup. His alone laughed too loud at stories on the bus and traced profiles to collate and scan genetic material against known ancestry. His alone talked to the descendants of kings and prophets relegated to stooped bus shelters with overhang too low and fickle sunlight sliced open by 747s. His alone input data to watch blank, expectant white slide to green as voices tintinnabulated and grew calm as the day gathered age. His alone could be counted penny for penny at fortnight’s end and hummed in the quiet spaces he left for himself. His alone had sophisticated charm and allegorical weight; it liked to chew through the garbage can every time he took it out.

Her alone was different.

Her alone kept a four by four by four subterranean circadian rhythm with nightwatch to gather drops in the pots she kept outside. Her alone had all the markings of prolonged captivity and none of the benefits. Her alone contained jaundiced dabs and gamboge heat playing on palimpsested canvas where the figures once were. Her alone had a quiet dignity she’d picked up from racial memory transmuted through pretty little tasks she set for herself: dappling leaf edges with pot contents and reloading seed. Her alone was as virtuosic as it was myopic and she wasn’t about to get it corrected: a wheelchair for the eyes. Her alone donated plates with roses on them and counted tile chips on floors microscopic in stores whose names always ended in apostrophe S. Her alone gathered antebellum stories and ripped them to confetti for festive traditions just begun in place of waiting for a one who might never come.

Their alone was different.

Their alone was parched to cracking and sustained with clever shared sips at terminal hours croaked “…in the morning.” Their alone stole all the blankets and wrapped imaginary infants up in swaddling clothes. Their alone felt the bone underneath, neat and trim little rivets set on fault lines whose time was up and whose place was in the swollen belly with rotundity past seeing and feathered touches laying eczema trails. Their alone was a Nemo it’s a Nemo mommy in silver dollar waiting rooms with shirt tugs and defective physiognomy laid out neatly on clipboard ticks. Their alone was the cry past sound on muffled shoulder and the balloon tummy letting out its air. Their alone was sacrificing sleep for gathering seed at night with the light haloing and motors Dopplering past–silly little umwelts moseying on down. Their alone was fingers grazing past in all that dark, laying new seed to ground and pressing earth down pat.