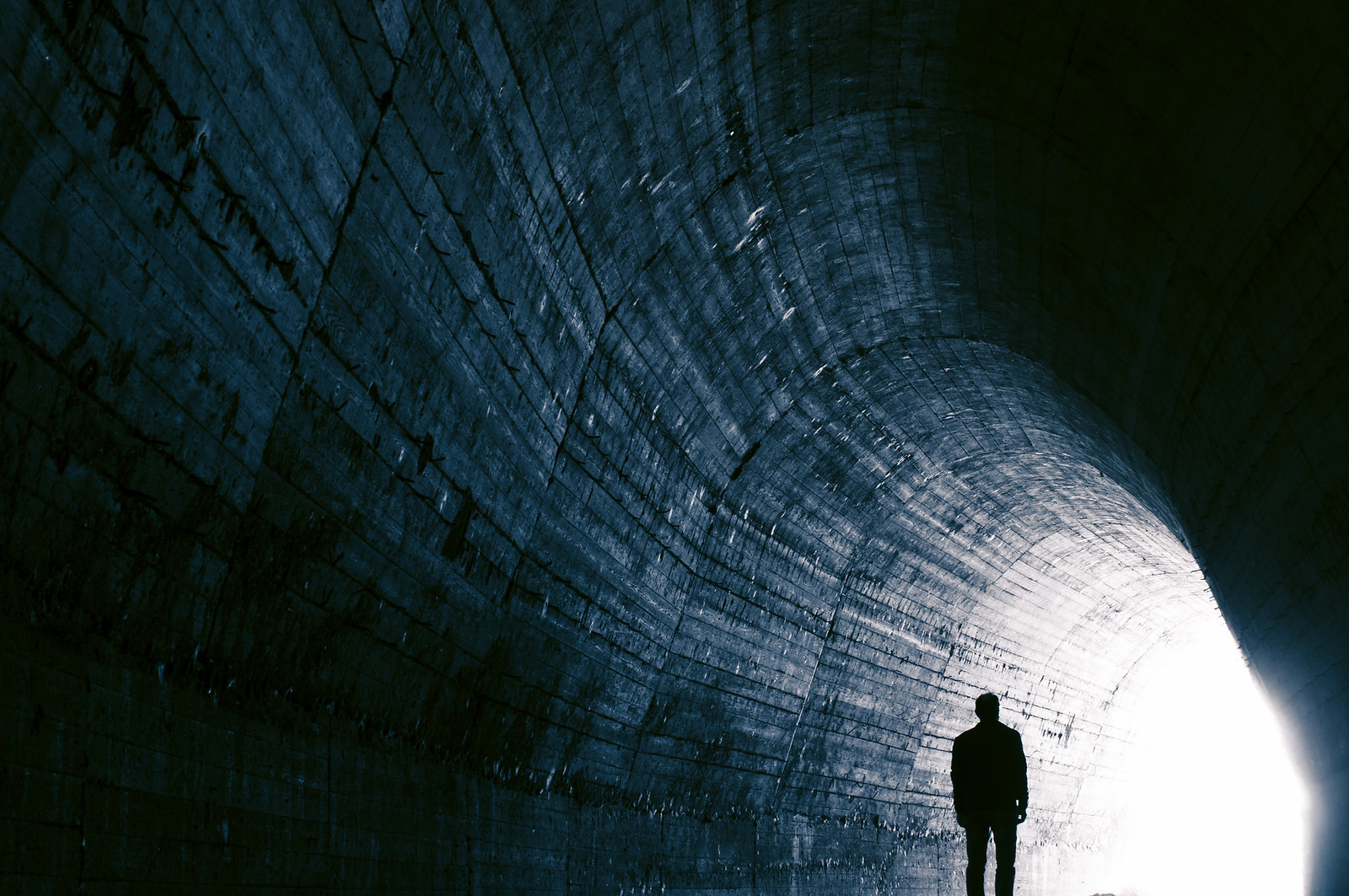 He woke up falling. The world around him, when he was sure he wasn’t blind and was seeing very clearly, was the color of ink blooming in the pocket of a pair of pants. He wasn’t certain, but he assumed he was falling at terminal velocity. He could only just make out his hands. They seemed to be more hinted at than fully existent.

When he attempted to turn to look up, there was a loud screeching in his ears that stopped him from trying. He wondered when he would hit bottom.

It occurred to him to pray. He wasn’t sure just who he should pray to, or how. He was born Catholic but had lapsed in his later years. He became a C & E parishioner and then nothing at all. He had had a brush with Buddhism. But then did the Buddhists pray? And if so, to whom? He might be wrong, but he didn’t think the Buddha was revered as a deity. There were the many gods and goddesses of Buddhism’s big brother Hinduism. Would any of them bother helping an old man falling into nothing?

Was he sure he was awake? They say pinch yourself to–yes. Very much awake.

Maybe there were walls just out of sight. If he could adjust his angle, maybe he could fall towards one of them. He attempted to adjust his body but was greeted with screeching once again.

Change. There it is, the change. He reached into his pocket and pulled out change. Tossed it as far as he could, and: Nothing. Either the walls were vastly far away or they were nonexistent. The old man ventured to guess the latter.

Was this some sort of punishment for sins unknown to him? Could this be his version of hell? He’d never really been much of a sinner, and falling didn’t scare him any more than it did the next man. That is to say there wouldn’t be a special reason for his hell to be falling forever. And besides, there weren’t any distant screams to be heard. But still, there was the screeching, strategically used to discourage peeking behind the curtain.

So someone or something was behind this. But who?

Could he be hallucinating, hearing the screeching when there’s nothing there? Or was this whole falling bit nothing more than a drug trip he couldn’t remember starting? But he hadn’t been on anything in years and wouldn’t start back up again now.

Isolation tanks. He’d read about them, about how they induced hallucinations by cutting off sensory input. But that wouldn’t explain not remembering ever stepping into one.

There. Memory. What’s the last thing he could remember? He found his memory to be like the ripped pages of a journal: He could remember last week, but anything more recent was ragged and missing.

But then. There was a man. A man he met while sitting on a bench, watching commuters pass by on a bridge, stealing away at the sun climbing and blinding its way down into the river below. He could not know for certain, but he was sure he was thinking the same exact thoughts as the other man on the bench. They passed many minutes like that, saying nothing, only watching. Only thinking the same thoughts. The other man broke the silence first. He said his name was Mr. Black. That he’d been waiting for this man, our protagonist who is presently falling. It appeared they didn’t share the same thoughts after all. OP inquired what MB had been waiting for.

For you to fall into my lap. OP stared into MB’s beady eyes which were black marbles descending into nothing. He said…

Nothing. That’s all he could remember. Still he fell into nothing, the fall having not so much a sound as the absence of sound. He maneuvered so as to look up, bracing for the screeching sound. It never came.

What did come was the giant face of Mr. Black, laughing a laugh so deafening it seemed to shake the air all around OP. Mr. Black reached down into the hole and plucked OP by the leg. Mr. Black was the size of a planet, maybe larger. Each pore on his face could house an ocean. OP could feel the blood rushing to his head as he was being dangled.

The experiment is complete, MB boomed. He pulled OP out of the hole, and as he came out, MB became normal-sized again. Suddenly they were back on the bench, utterly normal. Mr. Black stood up, said Good day, and walked away.