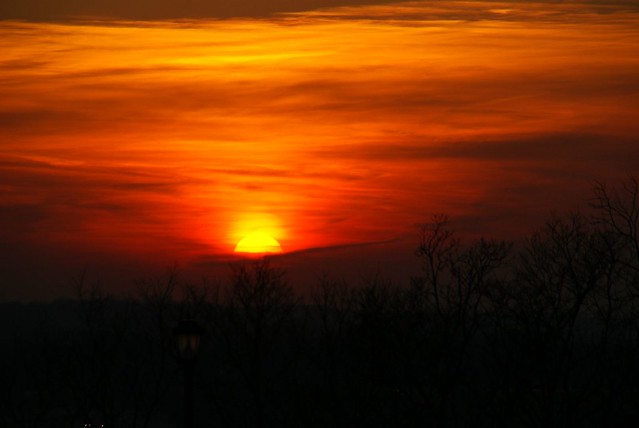 It was in the way you told me that summer night that we’d find a way back to each other, one way or another.

And how the postcards came in a full stream when you went on your great adventure, then steadied out, then went to a trickle, then stopped altogether.

It was in the way I couldn’t find your address when you were living abroad, and so we went months incommunicado.

It was us meeting in a crowd at a concert when you came back, and the way the glow of the sunset caught your blonde hair in a halo.

It was making love that first night back, in the backseat of your car, parked on one of the Smoky Mountains.

And then, maybe it was you heading off again, chasing a band halfway across the country, and how I said I’d be here when you got back.

Or maybe it was the fight when I saw you kiss the bassist, you telling me I didn’t own you, me saying it’s not like that, it’s just that we were supposed to be together, you saying I was maudlin.

There’s the way we made up after you left the band’s gang of roadies, catching a movie at the drive-in, my hand creeping up your leg.

I think of how I left to go off to grad school, and how I saw no one that first semester though I had the opportunity.

How we skyped to keep the flame alive, trading off horror movies to watch, and the way your smile was hurt at the end of each call.

I think it’s the way I came back for summer break and we entwined on your porch hammock, saying that this night wouldn’t end if we didn’t want it to.

It was you soaking my hand with your tears, holding me to you, not letting go even though I had to leave, had to make my plane, so we made love and I caught the next one.

It was drinking at a dorm room party and being forced by a friend into dancing with a girl who was eyeing me, and kissing her under the glow of Christmas lights.

It was skipping one Skype session, then two, telling you I was busy with schoolwork while I just couldn’t face you, couldn’t look you in the eye.

It was telling you when I couldn’t hold it in any longer and the way your face voided of all emotion, how you looked me in the eye before hanging up.

It was reaching your voicemail again and again, then you telling me to stop calling, so I started texting instead.

Maybe it was when you finally answered me, said this wouldn’t happen again, and I promised it wouldn’t, swore to you.

It might’ve been in the way I sent you flowers at the end of every week, not letting up though you told me to stop, laughing as you did.

I think it was the way the girl from the party hit me up, asked what I was up to, and I hesitated before telling her I wasn’t free.

I’m thinking it was asking you what we were, you asking why we had to be something, why we couldn’t just be.

Or maybe it was asking why we were exclusive then if we were just supposed to be, and you demanding rather than asking that I didn’t want to be exclusive.

It was ending that Skype call and punching the wall till I made a hole, nursing my fist after, icing it with frozen peas.

I’m pretty sure it was coming to see you unannounced, getting there just in time to see the guy you’d been fucking drive away.

How you flushed when I asked what that was, what the fuck that was, and you trying to tell me you get lonely sometimes.

Or maybe it was me screaming you don’t think I get lonely too, you think I don’t know how hard this is, whatever this is.

Or saying I wish I never met you, you crying right after I said it, and wanting to take it back but not being able to.

There was how we ended that night, together in your hammock, both of us crying, your head against my chest.

After that, there was me leaving again, with no guarantee that what happened wouldn’t happen again.

There was getting home and hitting up the girl from the party, coming back to my dorm room and fucking.

There was ditching out on the Skype calls for a week, then two, then a month, barely answering texts from you.

Then of course there was you calling and saying you couldn’t live without me, that you had no idea why I was doing this.

And you saying okay, and me saying no, I mean it, and you insisting that you did too, and the way I admitted to fucking that girl.

And how you said it was okay, it was in the past, granting me clemency just like that, and how I wanted to kiss you so bad in that moment.

There was dropping out of grad school and moving halfway across the country to be with you, and living together.

But more than all of it, than anything at all, it was catching the light of your eyes in the Arizona sunset when I told you that I loved you.

One thought on “The Light of Your Eyes”