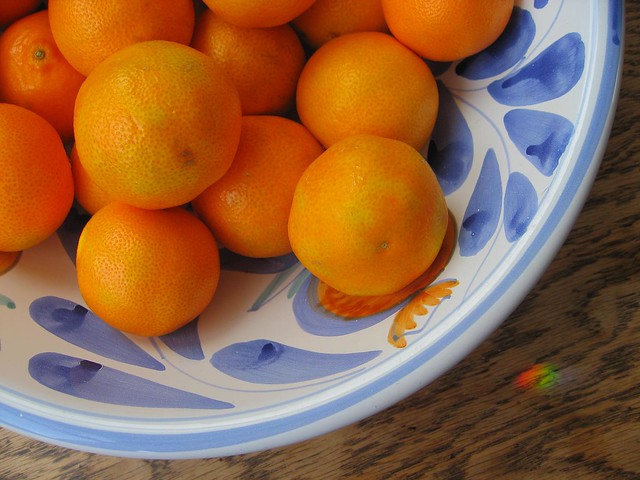 When it came time to come home, I was cold and hungry and tired and I had no idea yet that Drew was dead.

Mom greeted me at the door, smile too put on, hug too tight. Dad even hugged me. Dad never hugged other males. I brought a bag of oranges with me, set them on the table. I knew how much Drew loved oranges. Past tense. “Drew’s coming home” is how they put it. Mom searching my eyes for recognition, her own tearing up. Dad put his hand against the door frame. He punched it once, twice. Mom stopped him before he could split a knuckle.

We did the usual. Mom hauled out the photo album, blew the dust away from old polaroids. I remembered then that you’re not supposed to shake them, that doing so can damage the image. A couple of them attested to this fact: a shot of Drew and I with a blob between the two of us, another with a streak erasing Drew’s face.

Drew and I weren’t ever close. More like we were on the cusp of being close but one of us would always fuck it up at the last second. The last time I talked to him, the last thing I said was fuck you.

Everything in Drew’s room was just as he left it. Sports stars adorned every conceivable bit of wall space. Pennants to schools Drew never went to topped these. Everything still stunk of his cologne.

I went through his drawers, finding socks, the odd memento, condoms. Nothing that could paint a picture except when taken as a whole. I dug under his bed for the three-digit lockbox that was rusting out at the bottom, the one I never decoded. I fiddled with it a while before it gave way: lucky guess.

Inside: the old Nazi pamphlet our grandpa brought back from the war. And there Drew was going off to war a couple generations later, though never coming back from it. More mementos, a couple trophy pictures of girls he’d been with. And there, at the bottom: an old polaroid of us as kids, Drew propping me up by the armpits and me perpetually laughing at something off-camera. I touched the photo, rubbed Drew’s face. I put the photo back and closed the lockbox. Put it away. Punched the ground until my mom downstairs asked if I was okay.

When we would eventually see him there in his box, American flag covering it, they’d refuse to let us see him. It’d be a closed casket. When they said we couldn’t see him, I punched one of the soldiers in the face. I was put in a chokehold and told to calm down as my face turned red and a vein bulged in my head. I said I was calm. When they let me go, I straightened myself up. I cried onto his box, my tears coloring the oak like so much watercolor.

When I finally made it downstairs, Mom was there putting away old trinkets, little gifts Drew had given her over the years. Dad was in the kitchen peeling an orange with his hands, ripping off little tendrils with his thumb. He let the pieces of peel fall to the floor.