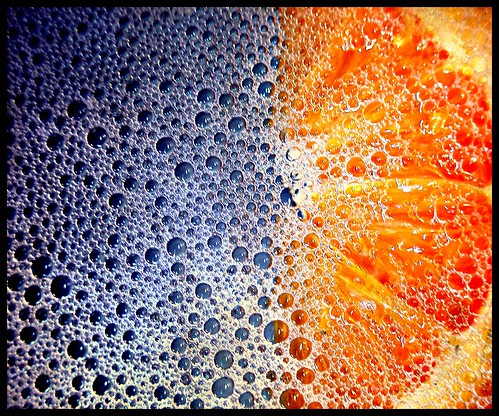 When I was little, I thought it was possible to know everything. I collected encyclopedias, dictionaries, old textbooks Dad left around. I read about things I didn’t understand so I’d remember when I would understand. I hung around conversations in Dad’s office, picked up on facial cues and double entendres. Understood that when the whiskey was around and Mom wasn’t, things would happen.

One day I came into the kitchen to find a naked woman drinking orange juice straight out of the bottle. I told her that wasn’t very hygienic. That she should pour it into a glass. Dad came in and nearly passed out. Shooed the woman out and into the living room, where I could still see her guzzling from the bottle, sitting on our couch.

“Want to play a game? Hey. Let’s go into the den and play a game, doc. Ignore the lady.”

“She shouldn’t be drinking straight from the bottle. It spreads germs.”

He bought me a brand new OED a week later. A new word, one I heard Mom hissing behind closed doors:

1. The action or state of being unfaithful to a spouse or other sexual partner:
‘her infidelity continued after her marriage’
[count noun] ‘I ought not to have tolerated his infidelities’

Origin Late Middle English (in the senses ‘lack of faith’ and ‘disloyalty’): from Old French infidelite or Latin infidelitas, from infidelis not faithful (see infidel).

I spent the rest of the day charting the origins of gladiator fighting, first held in 310 BC by the Campanians in celebration of their victory over the Samnites. How the practice changed over time, but almost always followed a military victory. Celebrating death with death. The way Dad would gargle mouthwash before Mom got home. The way he straightened his tie and shooed the women out the door, friends, all of them. Friends, Romans, countrymen.

Shakespeare and his tragedies. The Hubris of Macbeth. Hamlet. Alas, poor Yorick. So much to learn. The orange juice lady back. This time with her clothes on. Coming over more and more often. Dad putting empty whiskey bottles in the neighbor’s trash. Changing and doing laundry quick enough that it’d be done before Mom got home.

Trying to think of knowing everything in the context of an image. Clear. Transparent. A house made of glass giving way to more houses and more glass. The goings on of everyone out and on full display.

Sitting with Mom on days that Dad’s out busy. Asking me if anything was on my mind. Anything at all. Anything your father might have said or done.

“You seemed just fine a minute ago.”

There must’ve been something desperate on my face, because she actually let me go.

Not even hiding it from me anymore, the orange juice lady out and playing card games on the kitchen table. Solitaire. Early 18th century. From Latin solitarius. See solitary. Showing me how to play, how once you have the Aces you have to pile one card on top of another on top of another till every card is gone. Dad watching me watch her, his eyes glazed and far away.

The tears and the apologies and the hands held to hit but dropped at the side. The orange juice lady walking one way then another like a pinball locked between two bumpers. Dad nearly stumbling over, though from the whiskey or situation it isn’t sure. Probably both.

Then it’s watching the cards scatter then fall as Mom grabs the table, one at a time, an avalanche of them, and it’s in seeing a thing that you truly know it. That you can read about it, hear about it, but until you’ve seen it right there in front of you, you know nothing.