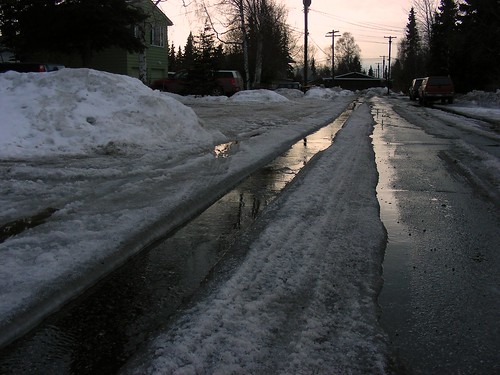 What you did at first was act like it didn’t matter. Like it wasn’t a significant portion of your life that’d just gone, dissipating into a cloud of nothing. There was checking her Instagram every day, then once a week, then on the bad nights with JD poured into plastic cups. Then there was blocking her and that lasting a month before unblocking her again. Before seeing her with another guy.

There was slamming the phone down, going out in -3 before wind chill, breath vapor on the wind, and running. There was thinking the motion would warm you up, but being sorely mistaken. There was not feeling your hands or your face and getting snow in your shoes. There was running till you couldn’t feel your feet. There was, when you came back inside, seeing the blood on your feet, and the metallic taste in your mouth.

There was drafting up the emails that you’d send to get her back, the texts you composed, ready to send. There was the soulhurt that comes with these things. There was opening the box of old mementos and seeing the pictures not yet you-less, not yet her-less but together, alone together, and seeing her face is like looking into a tunnel where the light barely cuts through and you can only just see through to the other side.

There was sleeping in till 9, then 10, then 11. The perks of being your own boss you said at first, until you’d get no work done and lie on the old couch where she’d sleep when she came over, insisting against sleeping in bed with you though never telling you why. And the way you’d accept everything she said or did as sacrosanct. The Gospel according to. And all that. There was having nothing in the fridge, surviving off of bananas and desperation. There was having a clear rubric of where (y)our life was headed, a little outline pinned to the wall, and then tearing it right the fuck down.

Finally, there was taking all of the old mementos and hauling them into garbage bags the same way Joel did in Eternal Sunshine, if only it were that easy, just ripping out the brain tendrils that the other left in you, erasing them just like that. But you took the bags and you set them out neatly on the curb, next to the full garbage can, and you went back inside and watched as the garbage truck came and hauled all of it away. All of her away.