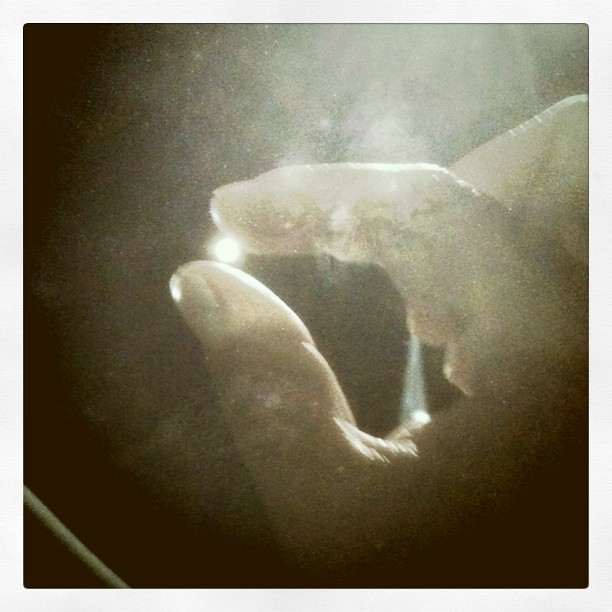 We’re sitting in Joelle’s car, her rolling a joint, me looking out at the full moon and pinching it between my fingers. She is not mine. Not like in a possession sense, but let’s just say we should not be here and doing this right now. She drops some of the weed down her shirt and fishes half of it out. The rest will be stuck there forever. When she licks the joint she looks at me. I stop pinching the moon. I pinch her head instead, but she’s not far enough away for it to be accurate from a perspective sense.

She lights it and takes a drag, hands it to me and then exhales, like she had to ensure its safe delivery before letting out her air. I’ve known her since the sixth grade. Her guy has been with her for six months. I don’t say that to make everything seem okay. I’m using it as more of like an interesting fact. A did you know.

Joelle has this birthmark under her eye in the shape of a tiny heart and I’m pinching that since the perspective is in the goldilocks zone. She tells me to stop as if I’m pinching it for real, but laughs after she says it.

I drag hard, hold the smoke in for as long as I can before letting go. I try not to, but I cough. She calls me a lightweight and steals it back. We talk about where we are and where we want to be. I make up some life where I’m happy on my own and she doesn’t call bullshit even though I can tell she wants to.

The smoke circumscribes the car till she rolls down the windows. She was never one to hotbox. I was, so I roll mine up. She rolls it back down and locks the window. The joint’s getting to pinching status, so when I take it back our fingers touch for a second, then let go. The moment breathes through both of us.

Joelle laughs and I ask her why, but she doesn’t have an answer. It’s hitting us all at once, stretching seconds into minutes and warping everything like a spaceship starting to blueshift. She can do nothing but smile, nothing but laugh.

When she pulls back, I almost drop the roach on my seat. Instead, I toss it out the window and look at her. Her cheeks are burning as she laughs and laughs and laughs. I ask her what she’s laughing about again, but she only looks at me. Her blue eyes reflect the light inside her car, the headlights outside of it. She looks at me as if to say “You know.”

I wonder where to take this from here. We’ve been friends since sixth grade. It could work or it could not, and am I prepared to take that kind of loss if it backfires? Am I willing to risk a beating by her pituitary case of a boyfriend? Or is it all in good fun? I don’t know.

Joelle can feel the tension, we both can. So she produces a second joint and lights it up. Its cherry glows with her sporadic inhalations like stop and go traffic. I am to take this joint like nothing has just happened between us. Her leg glows palely in the light like sculpted marble. I ask her what that was. She asks what and I just say that.

Joelle grabs me by the chin and turns me toward her, so I have to look. What the fuck, she asks again. I just say I don’t know. I’m halfway about to ask if we can still be friends when she leans in and kisses me. I don’t have to say the rest. You know. The moon shined on the maiden fair. My eyes became bugeyes. And all that.

When the smoke clears and the high fades enough, she starts up her car and takes me home. Her cheeks burn the whole way. We say things, but not really. Nothing too out of the ordinary. Commenting on the song that’s playing, etc.

She parks and we kiss some more by streetlight. She pauses between each kiss, cheeks still red, like she’s going to pull away but then doesn’t. Chooses not to. Pulls back in. If I don’t get out of the car, I never will. I say all right, then. She says okay. I say so. She doesn’t say anything after that.

I open the car door and get out. Shut it behind me. She rolls down the window. Opens her mouth to say something, but nothing comes out. I turn away before anything else can happen and walk inside. The last thing I hear is her car dopplering away, first a rumble, then nothing at all but a rush of wind.