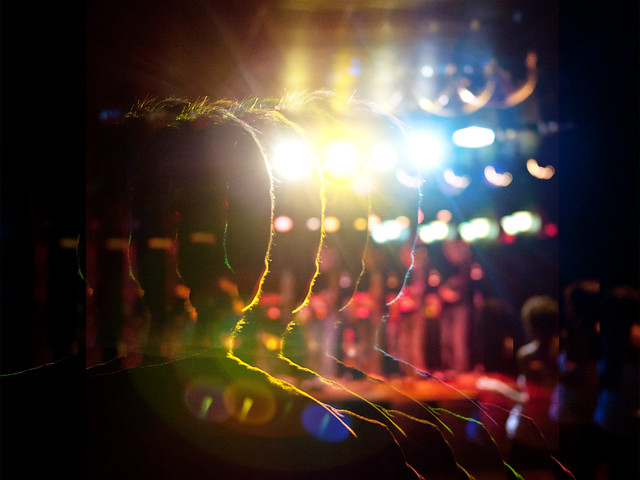 It felt like life had been tuned to the wrong channel.

Hal unpacked quickly, not doing a thorough job, just getting it all out. He hadn’t thought to get furniture, so that first night would be spent sleeping on the floor. He’d get a cot the next day, and the week after that a proper bed. Everything in its time.

Hal unpacked the trinkets last, left the ones he got from her in the box till he could figure out what he would do with them. His first instinct was toss, the best thing would be to toss, but knowing himself he’d probably keep them in a private shrine.

He inhaled the fact that he knew no one here. That he was a seal on the shore, skin ragged, miles away from its herd. Exhaled loneliness and the smell of cat food. His cat was depressed and so ate more to try to quell the pain. There was no use for Hal to simply feed him less. The cat mewled and clawed the door till Hal popped open another can.

He considered getting cat Prozac, maybe regular Prozac too. Something to put on the list, anyway.

Finding a reason to get out of bed became hard, so he turned it into a game. If he got out of bed before noon, he could put a party hat on the cat. The cat was too depressed to do anything, so the party hats would pile up day after day until the cat was a display cat advertising party hats.

He met her on a Sunday afternoon. Maybe met isn’t the right word. Maybe stare in disbelief and wonderment across the library is the right way to put it. She was reading something by Murakami, had a selection of Díaz stacked next to her. A fat copy of Infinite Jest covered her hands as she read. Hal went over and waited as if in line. When she acknowledged him, he spewed his adoration for the authors she’d chosen. He tacked on an invitation to coffee at the end and she said maybe.

And so it was back to putting party hats on the cat. Peeling open cans and plopping out food. Hal unpacked the trinkets she left him. He tossed them in a bag and put the bag in his front lawn and set the bag on fire. As the plastic burned and wafted a dying smell, Hal watched intently.

It got so he couldn’t put hats on the cat, because he stopped getting up before noon. Couldn’t find a reason to keep going.

And so back to the library. He goes back to the appointed spot and she’s actually there. She notices him right away but acts like she doesn’t see him. Hal goes up to her. Is she reading anything? And no, she isn’t. Is she busy at the moment? And no, not particularly busy. Would she want to get a bite to eat somewhere nearby? And umm, okay. Really? And yeah, really.

Her name was Julia. Hal and Julia spoke of The Brief Wondrous Life of Oscar Wao, and of 1Q84, and of the way the stories were structured in Drown. They traded new authors, old favorites, and ones you might not have heard of. They labored over Wallace’s sentence structure and Zadie Smith’s use of POV and Eggers’ sense of place. They spoke at length.

When it was all over, she gave him her number without him first asking for it. When Hal got home, he gave his cat three party hats, one for each segment of his body.

They went out the next weekend and the weekend after that. Their hangouts were equal parts literary love and adventure. Ducking out to hang at the aquarium and Hal imagining putting party hats on all the sharks. When she inquires, he tells her of the party hat cat. The reason for the hats. He tells her she’s the reason he gets up now and she smiles in a nervous way, like if she makes a single wrong move it’ll all go away.

When they make love, it’s like dawn’s light filling in all the cracks on the sunscape. It’s an ethereal thing that leaves its impression in the sand before getting up and diving into the water. Hal makes those up and tells her, asks her what she thinks. She says it’s worthy of DFW and he says stop but almost laughs from excitement.

Can a love ever really be pure anymore? In our times, can it be? I don’t know about yours, but for Hal and Julia it was. They did things like yawn out of bed in the morning and then come back into the golden light of dawn to kiss through morning breath and make love one last time before getting up and going about their day.

I can’t find a reason to make their story a sad one, so I won’t. I’ll make theirs a story of them gifting new books at every holiday, of staying madly and ferociously in love every day, over and over again, of trading off who gets to put on the party hats.