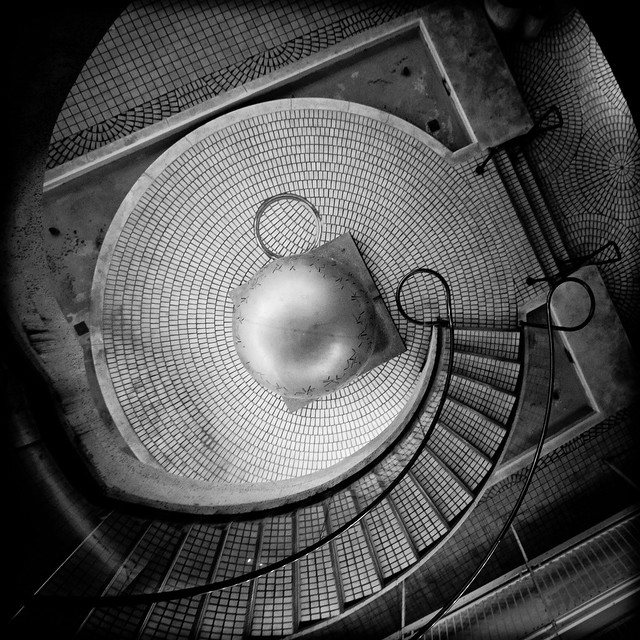 The way her nipple slid in and out of view was like the fin of a shark peeking over the water and falling away for a stealthy approach. He let her subsume him, this woman, let her slide into all the days and ways that he was a man. They came to the surface, gasping choking breaths, tunnelling a way through the water to seaweed and refuse on the beach. When they came to, they were lying there, on the beach, toes dug into the freezing sand, and that’s where they slept all night.

It was on the ridge of a large and vast mountain, scarves to keep the cold out, breathing filtered air, and that’s all their love was. Just a filtered version of a thing that couldn’t be reached. They made love on the ridge in the freezing cold, her wetness turning to ice as he moved inside of her. It was them on the ridge, kissing like this was the last thing they could do, becoming the beast with two backs.

Or maybe it was in the way she rolled over to let him come in, legs tangled in knotted seaweed, gnarled and gangrene tendrils of it twisting and convulsing in the light of the moon. It was a rollicking fever of him with another woman, making these motions with her on the same night, minutes later, barely waiting between the two of them. It was an appetite like a wild beast.

It was her knowing all the time, inhaling the scent of the other woman on his cheeks, neck, chest. It was being aroused before being heartbroken, and the way he looked at her like that, in the night, in the glow of an old, dusty lamp, saying with his eyes that he couldn’t stop this, that it had gone too far.

It was clawing their way through the sand dunes, naked feet like grappling hooks, knowing that if the sun were a little closer they’d be walking on glass, if they could even walk at all. And him receiving a text, then a call, stepping away to take it. Looking at her as if he could stare belief into her. She pulled away from his hand’s grasp and walked on.

It was the scent of sex on his body that would stay no matter how many showers he took, stuck to him like a scarlet letter. And the way she would take out her notebook and journal next to him in bed, detailing her woes, hoping he’d see them, though he never did, chose not to, deliberately looked away.

It was in the way she never said it out loud, as if to speak it was to give it power, was to allow it to exist in the real world. She took to hovering above the ground, just over the surface, face facing floor to the point where she could smell carpet, could feel its fibers brush against her nose. When he’d walk in she’d fall to the ground with a thud and gasp in breath.

It was in the way she’d claw every available surface till there was blood under her nails and they’d break altogether, crack and splinter like wood being bombarded. It was in the way she screamed into her pillow at first, then stabbed it, then set it on fire and threw it out the window. She could still hover, now feet above the ground, now grazing the ceiling, now stuck to it.

And how he came home that night, buttons of his shirt torn off, lipstick imprints on his chest, his arms, and how she fell when she hovered that night, splitting her lip on hardwood, and how he came down to help her, put ice in a baggy and held it to her mouth, kissed her forehead to make it all better. And how it actually did make it all better, if only for a moment, before the next time.

It was him giving it a name, admitting he had a problem and that he’d stop. It was her believing him and not having to hover so much, being able to stay on the ground. It was when he came home like a wounded dog and she could see it in his eyes, wouldn’t need him to explain, to enumerate, to expound. She was done.

It was her lying facedown on the grass while he was out, and hovering gently above the blades. It was rising above the hedges, then above her house, and up still past the tallest trees in the neighborhood. It was seeing all of her neighborhood, then city, then state. It was seeing her country, her planet, then beyond the stratosphere. It was gliding past satellites, sliding swiftly and silently into the coldness of space. It was rising till she was clear of the solar system, then shifting toward milky nebulae swirling in stillness, hollow pinks and blues, then beyond even that, through black holes, flying faster now, higher, although what was higher was now lower. It was flying on beyond the infinite and only then exhaling.