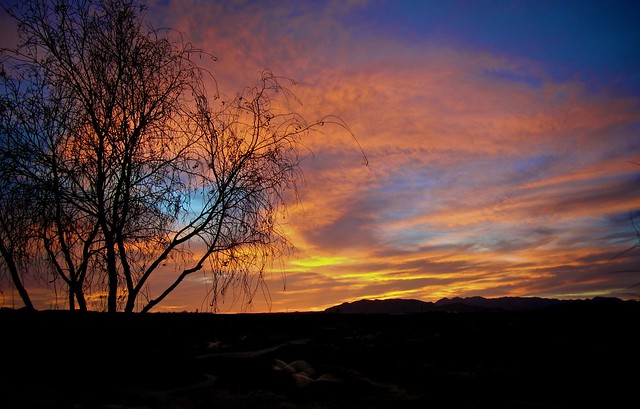 He checked her Instagram on a Sunday afternoon, remembering simpler days when they’d lie sprawled on the hood of his car listening to “The Suffering,” one earbud a piece. They’d look out over the pepto pink sky and just listen. They’d trade off vocals when it came to the chorus, smiling as they sang so that their performances were affected. And when they went to the concert to see it live, him holding her up so she could see the lead singer belting it out.

And there she was doing the same thing, collecting scraps of his life in one-off posts, scouring likes and comments for clues, wondering what ever happened to undo what they had together. It was just one of those things. She remembered above all else how they were when they saw each other again after a long absence, like a ship come to moor, drifting effortlessly toward shore. There was parking outside his house at night and shining a laser pointer through his window till he joined her, careening through the neighborhood like bandits, no destination in mind, just driving.

And now she sits alone in her room watching the ceiling fan turn and turn and turn, her cat nuzzling her hand, pausing over his number, wondering if she should text, and she composes something, deletes it, starts over.

And there he is in his room, thinking he might text her, or send a snap. Maybe tag her on a funny meme. There were so many options. He settled on an email, trying to catch up after these long years away, detailing what he’d been up to since then, leaving the possibility of meeting up dangling at the end like a worm off a hook.

She responded almost too fast, giving her own account of the years’ goings-on, agreeing that meeting up might be a good idea. She proposed a date and he accepted. Then of course there was actually having to get ready for the thing, wondering if they should go, both of them, but eventually doing it, getting ready and going to the agreed upon spot. Then there’s that thing where you see this person after all the years apart, taking in the subtle differences, the way that features have made good on their promises.

They both wonder if they should move in for the hug, and it becomes an awkward thing between the two of them, wondering if the hug should include a pat on the back, but it doesn’t, and when they move apart there’s a moment where their faces are inches apart and they look into each other’s eyes knowing what should happen but won’t.

They stand in silence until she breaks it with a hi. Nothing makes noise around them. Everything is still. He says hi back. They haven’t planned much beyond this point, but something has to happen. They walk to the park adjoining her apartment, watch the way the sun dapples the leaves on the trees before they fall, fluttering safely to ground. Their hands are in their pockets, but for a moment their instincts kick in and they reach for hands that can no longer be grasped. Their fingers graze before they remember, warmth in this early Fall cold.

Neither of them speak, just walk and take in the chill of the air, the sounds of cars dopplering by. Everything sounds piped in. A mother passes them pushing a stroller. They both wanted kids, but he didn’t after they broke up. He couldn’t tell if it was a “her or nothing” thing, but that’s how it was. It was just one of those things.

She tells him she’s really missed him and he says he’s missed her too. The silence comes back and they stay in it a while. He asks if she still wants kids. He doesn’t know why he asks it, but she says yes.

They find a bench and sit down.

She sets her purse down between them and they stare out at the leaves on the trees, their variegated colors. He opens his mouth to say something, but nothing comes out. Instead, he places his hands in his lap. She reaches into her purse and pulls out an iPod. He watches as she plugs in the earbuds, scrolls to her song of choice and hands an earbud to him. The opening notes of “The Suffering” play. The two of them look out over the sky coming down to dusk, pink turning to purple, and just listen.