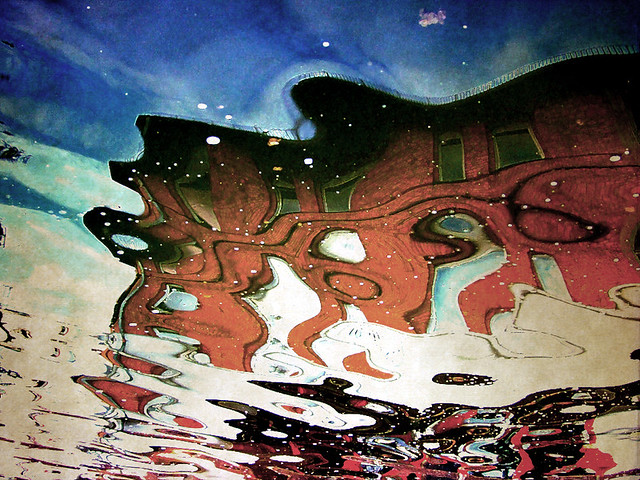 I’m living in an apartment in Winston. I get up sleepily, and my roommate wakes up just as late. It seems as though I don’t know who my roommate is, although I do. I decide to go for a walk outside. It’s winter. I look around outside for my coat, expecting that there’s some sort of place where it’s being held. I look all over the place, only to find that I’m already wearing my coat. Someone’s calling me. I answer: It’s Donald Trump. It’s blustering cold outside as we talk, Donald overly friendly as if he needs to prove something to me.

I’m walking to Subway, and when I get there I order three cookies and a small drink. Trump comments on the fact that the small cups are pretty big now. I think about making a tiny hands joke but think better of it. I’m suddenly transported to where Trump is calling me from. He sits as I stand, some foreign dignitary beside him. My gym shoes graze his and I consider punching him in his orange face but think better of it.

Now I’m back outside, walking home. When I get to the door of the apartment, there’s a kid feverishly trying to get inside, yanking on the doorknob. He eventually backs up and I get inside. I don’t let him in.

A fiery blonde is waiting for me when I come inside, doe-eyed as she feels me out. I’m still on the phone with Donald Trump, and he asks what the matter is, why I’m not talking. I ignore him for a moment, taking in this mysterious stranger. She smiles as she slinks closer to me, engaging me in conversation even though I’m still on the phone.

She flirts with me until I have no choice but to hang up on the Donald. She moves up against me, grazing me with her chest mischievously. She turns and walks away, looking back to beckon me on. I follow without a moment’s hesitation. There’s a chair that reclines. I get onto it and she straddles me as I recline it fully.

We kiss passionately and I taste her hot, metal breath. She pushes into me, closer and closer till we’re nearly fused. Close is not close enough. We pause momentarily, look into each other’s eyes as we take in what’s happening between us. I look to my right and there’s my roommate sitting patiently, waiting for us to finish.

The fiery blonde gets off of me, looks around for a moment. Stalling. She makes up an excuse about needing to pee and moves for the door. The door is still being pounded by the little kid, but she opens it anyway: “Jesus, kid, you’re going to break the door down.” She closes the door and the kid resumes his fervent attempt at entry. His slams on the door reverberate throughout the apartment.

The TV is on, and a trailer for a new movie called “Bad Show With His Son” is playing. A kid has stowed away a massive monster in his parents’ attic. The monster’s fat folds are multitudinous, a single horn sprouting from his head, calcified. His eyes are hollow, yet still some warmth comes from them.

The boy’s father enters the attic, bewildered by the beast. He yells at his son for stowing away the creature and leaves. He comes back with a chainsaw and wields it, aiming for the monster’s horn. The beast evades him as the kid shouts at his dad to leave his new friend alone. In the struggle, the father accidentally chops into his son’s neck. The trailer ends by showing off the five horror awards the film has recently won. Black screen. The song goes, “Bad show with his sooon. Baaad show with his sooon.” The dream ends here.