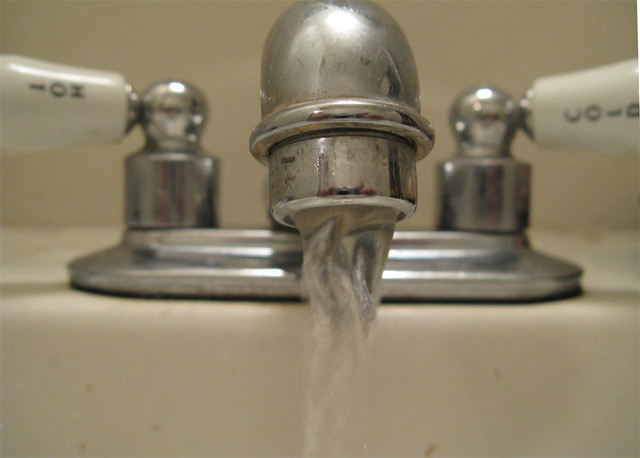 It’s a quarter to two and Waldo gets home at three. Roger’s not back till six, and who knows when Drew will come home. There’s still time. The soaps are on, and there’s a funny word. Soap, like days when PGN would catch me swearing and wash my mouth out, it turning everything to itself the way tofu does, only soap milk or soap bread or soap orange juice. And the nights when PGN had to lock Mommy in her room when she Went Away, always going away in her mind and launching herself at us like a wild animal, snarling and telling us she wished we were dead. PGN locking her in her room and the way her fists would slam the door till well past midnight, PGN sleeping on the living room couch and me on the floor, his snores almost drowning out the pounding, comforting, and I’d get to sleep just as the first light of dawn sliced through the window.

But we’re here now. It’s a quarter past two and Waldo gets home at three. I turn the soaps off and the dog starts to whine. I tell him to shut up and he barks at me. Barks. I go to kick him but stop. I’m better than that. I’ve gotten better. I pick him up and lock him in the closet. When he pads at the door, I kick it and tell him to shut up. I reach into my robe’s pocket, pull out the prescription bottle, light coming through its bright orange, coating the pills inside. The pain stopped months ago, but I still get them filled. There are other kinds of pain. I take three: the father, the son, and the holy spirit.

And there’s another one.

Sunday school let out at a quarter past two. It was three, and PGN still hadn’t shown up. Father Felter took me to the back of the church and brought out a bottle of wine. Drank from it once, twice, three times. The sign of the cross. Gave me the bottle. I was to drink. I did, and he took me even farther back, to a closet. Turned the light on so I wouldn’t be scared. I was still scared. He told me to come in, that it would be our little secret. I said okay.

The dog’s barking. Okay! I tell him. Okay. I let him out and he runs behind the couch, pisses on the carpet. I chase him with the TV remote and he cowers at the patio door, tries to hide behind the blinds. Whines. I put the remote down and scratch behind his ears. He looks up at me, unsure. I yell at him, and he runs away. It’s quiet out–too quiet. Not even the rushing of cars down 294. If I listen close, I can hear a faraway freight train blare on its horn, trundle down the tracks. A train.

I was out on my own. In my pockets a razor and some sleeping pills. The el tracks sliced through Evanston greenery the way I’d slice through my arms. PGN was at work and Mommy was luded out on the couch, eyelids fluttering. I had time. I didn’t have enough to pay for fare, so I hopped over the turnstile when the attendant wasn’t looking. Waited till the coast was clear and got down onto the tracks, avoided the third rail. I didn’t want to fuck this up by half-electrocuting myself. I walked the tracks that stretched out over my city, vertigo every time I looked over the edge. No driving squeal of steel on steel. I was alone. My hand shook as I pulled the pill bottle out of my pocket. Shook so bad that I dropped half of the bottle’s pills once I opened it, the only word I knew then being fuck. Tossed the rest of the pills out and screamed at the sky. Produced the razor. Lifted my sleeves, skin like porcelain shining in the sun. Touched my forearm’s skin. Cold. Looked away. Scratched at it, but not too deep. Blood just barely surfacing, peeking its head out. Went to scratch the other arm but cried so hard that the tears blotted my vision. Tossed the razor away. Located a staircase meant for maintenance. Train whistle as I got off the tracks. Doppler sounds as the whistle went past.

Whistling. The kettle’s ready. Forgot I even put it on. I take it off the fire and turn the burner off. Grab the mug on the counter. Listen. The dog panting, cars down 294, a departure from O’Hare flying overhead. Burning in my head, but there’s no way to get it out. No way to stop the noise. I tip the kettle over my hand, watch the water touch skin, listen to the sizzle as I retract my hand out of instinct. Instantly red, splotched like an unusual birthmark. Listen some more. Waldo talking with one of his friends. Making his way to the door. I cross over to the bathroom and lock the door behind me. Turn on the faucet nice and loud. Go to look at myself in the mirror but don’t. I bring hand to mouth, enter finger inside and feel the contours of my palate, the place where gums meet teeth. I stick the finger all the way down and let everything come out. I rinse the sink till there’s nothing left, gargle and spit. Look up at myself. Past myself.