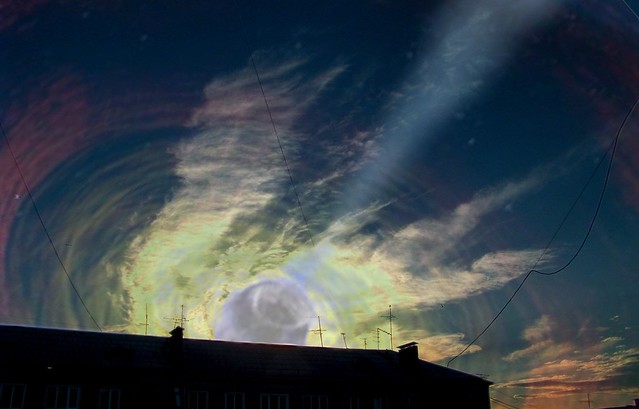 It’s a weird thing facing your own mortality at age eight. Lying in a hospital bed in hospital greens, fading away from the effects of leukemia. Spoiler alert going into this: I don’t make it. Yes, I’m dead. I know you’re probably wondering about the whole writing when you’re dead thing, but the rules are different here. And it isn’t anything like you’d think it is. No pearly gates or endless fire. No eternal black, either. I don’t know, maybe it’s different for everyone. Maybe I just lucked out with what I got.

Even though I died when I was eight, I guess I’d be in my late twenties now. At least that’s what it feels like. Your faculties continue to evolve even after you die, or at least mine did. But anyway: me in the hospital bed. I remember passing the time trading Pokémon cards with the kid across the hall, the one with Hodgkin’s lymphoma. I gypped him out of a first edition holographic fossil baby Raichu for a Dark Charizard, the budding collector in me already knowing how much my haul would be worth.

There are people who allege that those close to death can sense things that others can’t. I’d have to agree. It’s hard to make sense of what this is around me, but it feels like you’re at the end of a strange and good dream, just getting lucid, aware that you’re dreaming, and you try to wake yourself up but can’t. It’s like that, only instead of waking up you exit yourself entirely, separated from who you were though you retain everything, floating with no sense of direction. There is no up or down, only around.

For lack of a better word, there are different “settings” you can tune into. You can see in ultraviolet if you want to, dip into the milky swirls of nebulae. You can take on a more physical form, but it’s painful. Not in a physical sense, but an emotional one. Like someone close to you just died, but the feeling won’t go away until you leave. Maybe that’s what it is to be a ghost. I don’t know. I’ve only been here twenty years or so, and in the cosmic scheme of things that’s nothing.

The first thing I did was to stay with my parents after I went. I couldn’t get the hang of it at first. I’d segue into the fibers of their bed and see everything at a microscopic scale, scale everything down until Earth was a marble in front of me. I figured it out, though. Took a physical form to try to reach them, but nothing really worked. My mother cried into her pillow, muffled as her chest heaved like she was being defibrillated. I’d shift pictures, close doors. That’s about all I could do. Her and my father would shift the pictures back, open the doors up again. So I left the physical form and just watched them. Watched them go about their days, trying to will themselves to follow their old routine without change. I watched my mother collapse at a bus stop, finally revived by a passerby. Her tears ran her makeup down her aching face and she caught the next bus out.

It wasn’t pain so much as an aching dullness spread throughout my body as I listened to hospital beeps and lie awake, light pollution letting up sometimes so I could catch Orion’s belt through my window. I’d make little sketches for my parents and the kid across the hall just to pass the time, still lifes of medical miscellanea and my feet peeking up from underneath my blanket. Wrote stories of children who discovered hidden superpowers while lying in hospital beds, transmuting to an insubstantial form and gliding through windows and walls, flying past the clouds and into the inky blue. I’d get up sometimes at night and walk the halls, careful to duck into doorways whenever nurses or orderlies would pass. I’d peek into the rooms of the elderly especially, watch in curiosity as they struggled to breathe through the night, tunneling tubes and ventilators helping them out. Sometimes I’d sneak in and stroke their silvery hair, touch their soft cheeks before touching my own in comparison.

If I want, I can watch each subsequent year pass by like a flickering movie before my eyes, projected against inky black. See what it would’ve been like to have my first kiss, manage pimples, graduate high school. I watch as I pack my beater for college, taking the interstate with the windows down. I get married, have a couple kids, watch them toddle towards their grandparents. After that it gets fuzzy, the potential realities colliding like particles in the LHC. There’s too much guesswork to be done, even in the afterlife.

I can swell to the size of planets, shrink to the smallest quark, but I can’t bring back what was lost. I busy myself with returning to the origin of man, observing dinosaurs as they roam prehistoric lands. I watch as the first organisms traverse through the primordial ooze, illuminated even in the depths by the sun that gives them life. I ache for my parents and wish I could tell them that it’ll be okay.

I walk those lonesome hospital halls now, looking for the ones who are soon to join me. When they’re asleep in the middle of the day, I shift their curtains to keep the sun out of their eyes, push with all my might to shut doors when it’s noisy out in the hall. And when they go I guide them, into the depths, away from all of their pain and suffering. We float above the room and leave it entirely, rising higher still till the sky doesn’t exist.